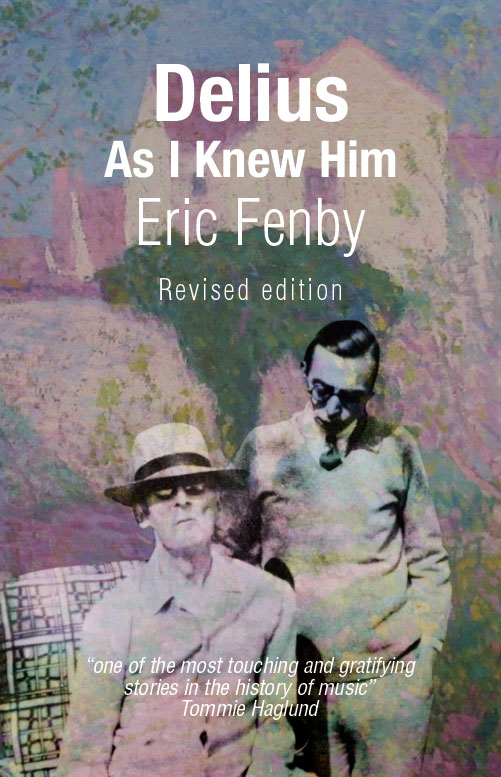 Delius As I Knew Him

This is a new edition of Eric Fenby’s famous book Delius As I Knew Him which has not been available in authorised form for some years. It is a memoir of the last six years of the composer’s life when Fenby, then a young organist from Scarborough, volunteered to live in Grez-sur-Loing to help the blind and partly paralysed Delius to continue to compose. The vivid account of the painful and exasperating process whereby Fenby was able to help Delius commit to paper such great works as Songs of Farewell and A Song of Summer is unforgettable. Equally gripping is the description of life in the strange household in which Frederick and Jelka Delius received visitors such as Balfour Gardiner, Roger Quilter, Philip Heseltine, Percy Grainger, Thomas Beecham and Elgar.

Delius died in 1934 and Eric Fenby heeded Ernest Newman’s advice not to wait but to write down his impressions at once. This he did and Delius As I Knew Him was published in 1936. In 1968 the book inspired Ken Russell’s masterly film about the composer Song of Summer.

In 1980, Delius and Fenby made an appearance in the song Delius by Kate Bush and subsequently their extraordinary story has influenced other artists too.

This hardback edition appears with a new introduction specially written by Tommie Haglund, the swedish composer and Delius devotee, a revised and extended array of illustrations and with a sketch of Delius in oils by James Gunn as a colour frontispiece.

Delius as I Knew him remains one of the most remarkable books about a composer ever written.

Read about the Author…